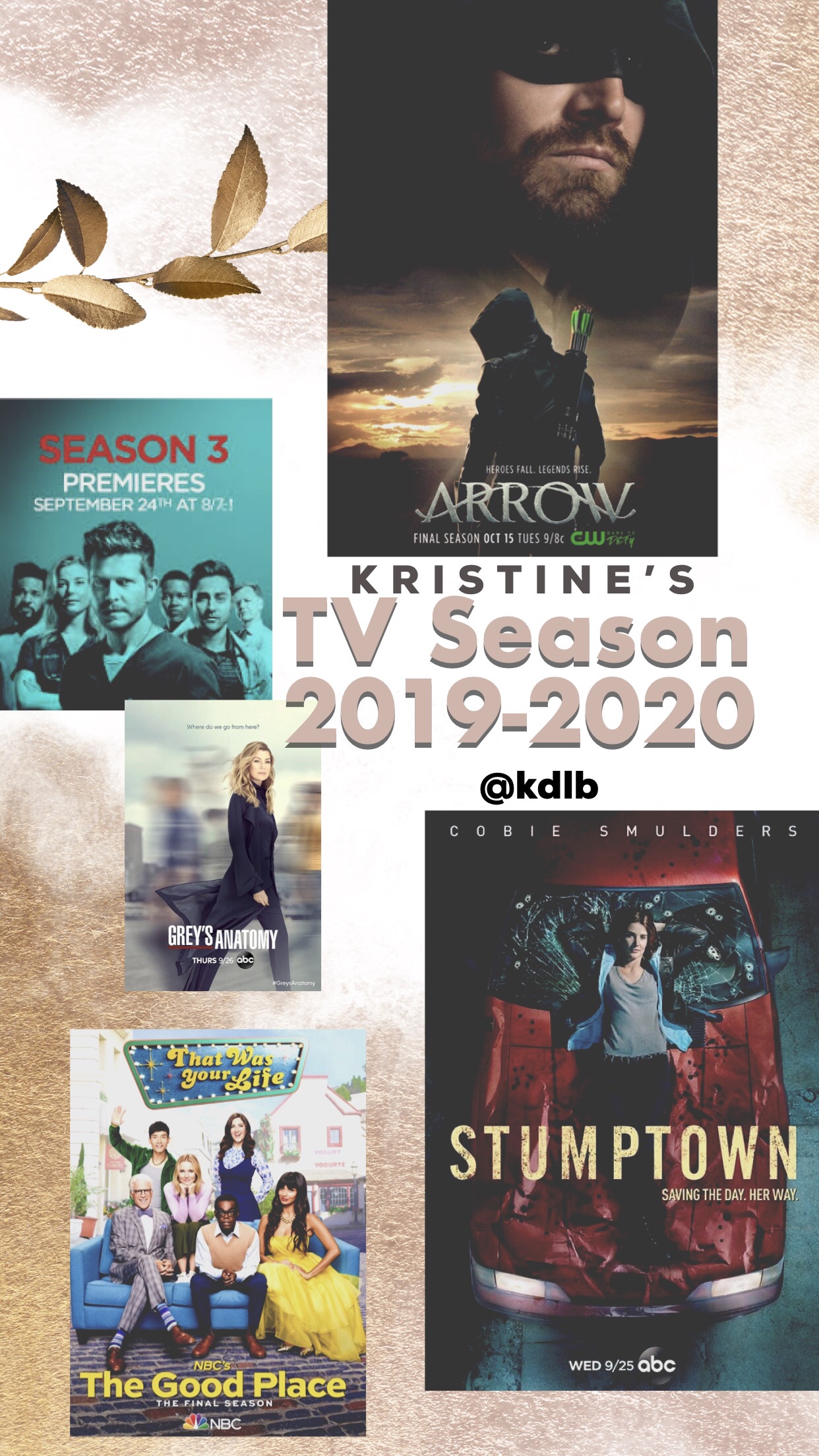 The fall TV season is here, or just about! This year is interesting because we have several streaming services launching in November (Disney+ and Apple TV+ – by way of a new iPhone purchase – are the two I’ll have an initial subscription to, as well as my current Netflix, Hulu, and Amazon Prime – which is only a side effect of wanting better shipping!)

I’ll be loosing a great number of shows in their final season this year, and that means I’m kinda looking for some new things to watch, so I have a few new things here. I put a note on the new ones at least what actor is making me want to watch.

I’ve also noted where episodes will be streaming, where I can find the info. This is important as I don’t have a TiVo any more. Hulu fills most of those holes, but CBS is the one clunker I can’t watch without a subscription to CBS All Access. So there were a few shows I had on my “new” list that I just had to delete because I don’t have enough of a need for All Access to make it worth it. The CW episodes aren’t on Hulu, but because we have the lowest tier of cable for the 10 basic channels, I have a cable log in that I can use to sign into their app on my Apple TV or iPad app for their channel. (this cable log in also lets me sign into the CNN app for debates and important news.)

Made a gratitude tree in tandem with my Rina and a

Some fun #yarnings going on over the last few days

I was very Lilo and Stitch today 🙂 including earr

Food for one, and breakfast companions of birdies

This was a quick look for PT yesterday, with a tou

Today I wore my #CinderSweater to an appt and put

Another handknit that I didn’t have pictures of!

People with adjustable beds - I’m trying to figure out how to manage my bedside charging/iPad ...watching station that currently is on the edge of where I sleep. I have limited space for a nightstand. Maybe a wall mounted organizer? Ideas welcome! #NEISvoid #DisabilityTwitter

(📢) The only issue @ElonMusk should be working on today—instead of gabbing with his far-right ...troll pals, taking their notes on Twitter, and spreading conspiracy theories—is finding out why his progressive-feeds-only bot purge went awry and unfollowed thousands from those feeds.

I saw this blog post by @kingarthurflour on cooking and fatigue. It linked to another on cooking ...and brain fog. Both have helpful tips for me, so I wanted to share.

Warning: Do not use Hive Social ⚠️🐝